Get Ready for Further Disruption…

Further to my posting of the 15h January – Severe Disruption Is Coming….
http://www.roygerstner.co.uk/2020/01/15/severe-disruption-is-coming/

The B1095 is to be closed in and around Peterborough for four weeks as works progress on ending a notorious bottleneck.
The road will be closed all day every day from the junction with the A605 Whittlesey Road, beginning on Monday, February 17, with traffic diverted through Farcet.
This is due to a scheme to install a designated lane to turn right on the A605 towards Pondersbridge.

Direct link to the pdf file (about 8mb) can be read here…. 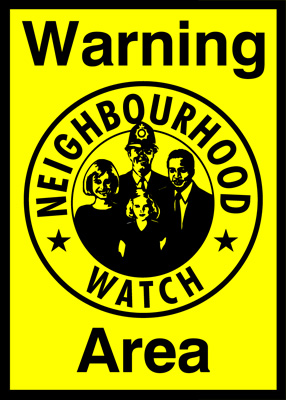 In 1964, 28-year-old Kitty Genovese was stabbed in New York outside her apartment. Two weeks after the murder it was rumoured that 38 witnesses saw or heard the attack, but none of them called the police or came to her aid.
This motivated a community response and the very first Neighbourhood Watch scheme was set up in New York, and in 1982 the first UK scheme was set up in Mollington, Cheshire.
From there we grew from strength to strength. Neighbourhood Watch representatives formed local, and wider, structured groups.

In 2007, with the support of the police and the Home Office, the umbrella organisation for the movement, now known as Neighbourhood Watch Network, was established. Our focus was on building local Neighbourhood Watch community groups which liaised with the Police and focused on reducing burglary and other home and personal crimes.

Today we live in un-predictable and ever-changing times. With the transformation on how people use the internet, communities are no longer restricted to geographical locations, and crime has taken on new forms.
To ensure we remain relevant when the pace of change is faster than at any time in our past we have taken steps to ensure Neighbourhood Watch as a charity is in a strong and trusted position to support Neighbourhood Watch groups and individuals who wish to wish to build connected and resilient communities to reduce crime in all its shapes and forms across England and Wales. 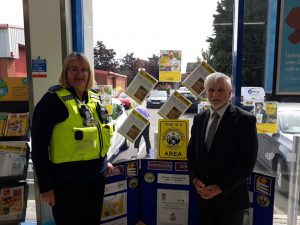 Since 2016 we have modernised our logo, changed our name to Neighbourhood Watch Network, introduced inspiration pages for our members, developed partnerships that help our members be at the forefront of preventing crime, and are now in the process of launching a brand-new website to deliver easy to find and engaging toolkits, resources, campaigns and news to our supporters.

We are supporting communities with knowledge and tools to tackle not only traditional crimes but also future crimes.

Whittlesey & District NHW current team have been running for 10+ years.
I am priveledged to have been their Chairman for the past 8+ years with a very good committee support.
If you want to become a better neighbour then why not join with the largest volunteer organisation in England.
Have a look at our excellent Website full of lots of useful information.

Posted on January 21, 2020 by Roy Gerstner
Posted in News | Leave a comment

Flood Warning – NO Longer In Effect

The water levels at Whittlesey Washes have being falling steadily yesterday and today Tuesday 21st of January, and we do not expect any further flooding to B1040 road. There may be standing water in low lying areas and fields for several days.
This information was last updated at 10:04am Tuesday 21 January 2020

Posted on January 21, 2020 by Roy Gerstner
Posted in News | Leave a comment

Share your views on ambitious plan for Fenland’s future.

Investing in property and developing Council-owned land to generate income and protect key services has been put at the heart of Fenland District Council’s plan to improve the quality of life for local communities.

The launch of a Commercial and Investment Strategy to meet future savings challenges is a key part of the Council’s Draft Business Plan 2020/21, which sets out the projects and services it will deliver across the district over the next 12 months.

A project to transform the Council’s customer services, utilising technology to enable residents to access services 24/7, is another fundamental element of the draft plan, which has been approved for public consultation by the Council’s Cabinet.

To view Fenland District Councils Have Your Say …. Click Here

Flood Warning Remains In Effect For B1040

Some people are getting ‘confused’ between the two sets of warnings – even though maps showing the effected roads are being shown!!! see below this warning other concerns.

Irresponsible person/s removed the locks on both flood gates at East Delph & Whittlesey side of the Dog-in-a-Doublet Bridge over night.

At the moment sitting water remains on sections on the B1040 and CCC Highways haven’t cleared any of the debris that has been deposited on the road from ongoing flooding.

This has placed innocent drivers at risk, vehicle insurance will be null & void plus and prosecution from the Police as the Road Closure signage clearly indicates the B1040 is closed due to flooding.
I have just spoken to CCC Emergency Highways Team – they were alerted by Mick at the Dog-in-a-Doublet Sluice Gates having raised the alarm and knowing the anticipated amount of water entering Whittlesey Washes today.
CCC Highways are tasked with ensuring Highways remain closed and at no risk to human life when they receive an order from the Environment Agency.
CCC Highways are now considering returning to using a crane and installing concrete blocks in the future – this could mean Whittlesey Wash section of the B1040 will be closed before the indicated time of predicted flooding and in turn the clearance operation will take longer before the highway can be reopened to traffic.

This morning CCC Highways are looking to see if the locks can be replaced, all providing the gates are not damaged. If not, the only option is to mobilise a crane and install concrete blocks as from experience certain drivers completely ignore warning tapes & cones by removing.
Cllr D Laws.

Posted in Issues and Concerns, News | Leave a comment

Both meeting for tonight have been cancelled – Finance & Policy Committee and Planning Committee.
The F&P has little new items to be discussed and the budget for 20/21 has been to full council last month.
There were only two items on the Planning Agenda.

Flood Warning No Longer In Effect @ Sun 08:44am

Flood Warning no longer in force: Northbank Road alongside the River Nene, East of Peterborough and West of Dog-in-a-Doublet Sluice.

Posted in Issues and Concerns, News | Leave a comment

A Good Sunday Read – I Can Gell With This Person – Thanks

Sent to me from a recent posting on social media…..This has a lot of potential…?
Unedited and thanks…

I’ve invented a new board game which I hope to have on the market in time for when we get a bridge over the Kings Dyke crossing or eternity which ever comes first.

It is called ESCAPE FROM WHITTLESEY briefly based on Monopoly whereby the players choose a vehicle🚗🚕🚙 then rolls a dice, make circuits of the board  and then eventually choose a road to try to escape, picking up 200 pence if they don’t go to jail  every time they complete a circuit. The more circuits they complete before taking their chosen exit route the more funds they will have accumulated and the better chance they will have of getting to their destination and claiming victory over their opponents .

Completing each circuit will be not easy, many hazards such as speed cameras detecting anyone travelling more than 6 mph exist and fines for this and landing on an illegal parking square on the board will diminish your funds and delay your attempted escape.

Station Road will be closed at the crossing,  Eastrea Road will be no entry so those attempting to go via the A605  (the seemingly cheapest option)  would find that there will no chance  to turn back once stopped at either a succession of road works or the railway gates, get fined every time they  swear 🤬 and more than likely leave the game and go and put the kettle on. To the survivors who had been sensible enough to accumulate enough funds they will be met with a road closure at Stanground  and their  only route back to the board will be via Farcet and the Fen.

Those escaping along  the obvious route via Pondesbridge will find to their amazement that it is now a toll road and will have to return and circuit the board a few times to raise more funds. Those that do eventually manage to afford it will find that the only route open will eventually be Gosling Drove with the left hand lane closed for resurfacing and will then meet head on the survivors of the A605 travellers coming back to Whittlesey from the other way. Collisions will mean instant expulsion from the game.

The third and final option will be via Thorney  ( The North Bank will obviously be closed but no doubt many will still use it 😉) and a lucky player landing on square 13 will after accumulating enough funds be able to buy a boat 🚣‍♀️🚣‍♂️⛵️🛶 to negotiate the B1040.

PS as the game is in an early stage of development any suggestions of possible amendments would be welcome but “stick it in the bin ” would not be considered viable. Thanks for playing! 🤓